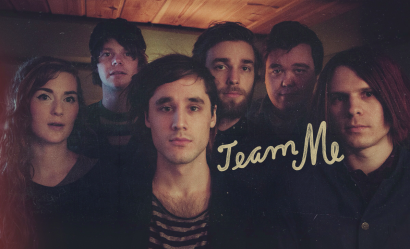 Another score for the SXSW scouting as this show was on a cheerful rooftop on 6th Street and was one of my favorite performances of the week. Team Me is a pop band from Norway. Their 2011 debut album To the Treetops! won the Norwegian Grammy Awards in 2011 for “Best Pop Group of the Year.” They have performed at music festivals from Iceland Airwaves to the Great Escape Fest and more in between. The group is currently recording their second album, which hopefully will be released in 2014. With a new album, I hope another US tour is included! -Annie 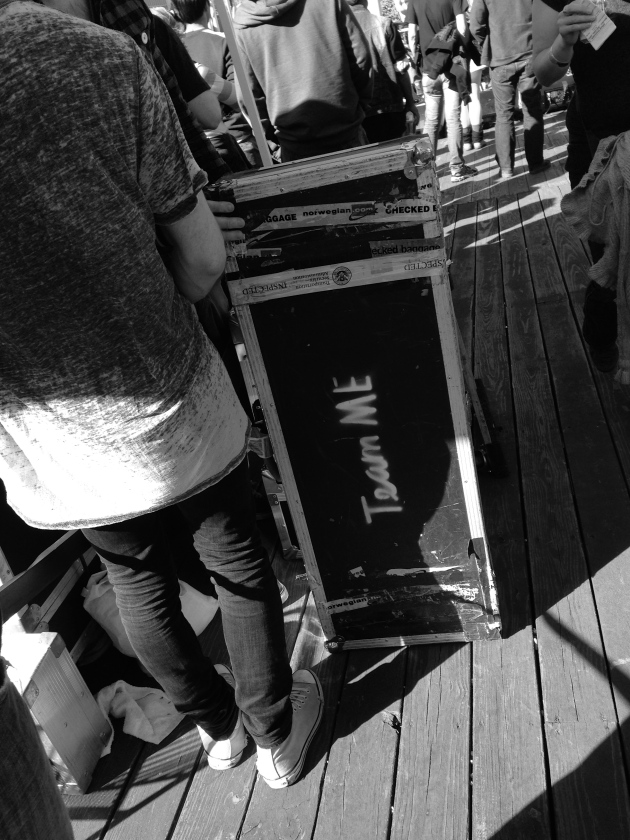 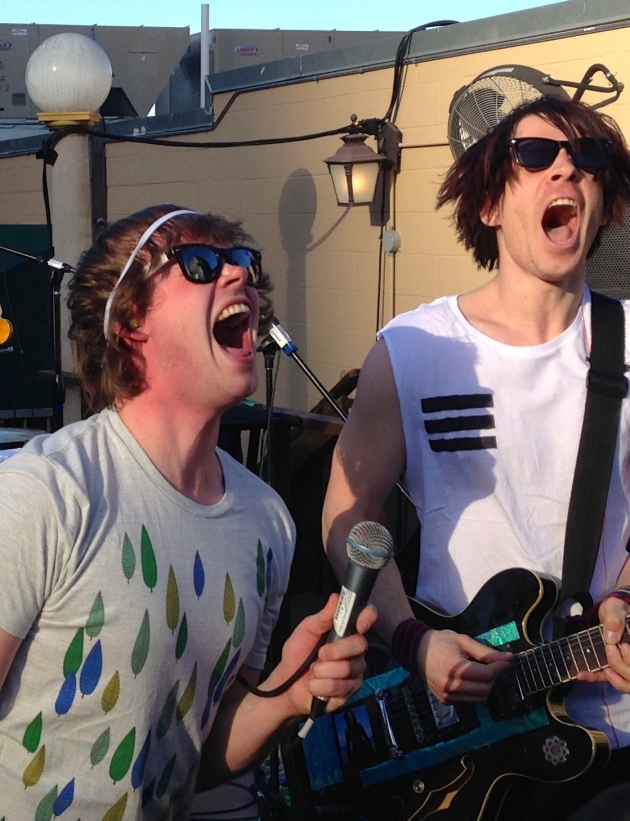 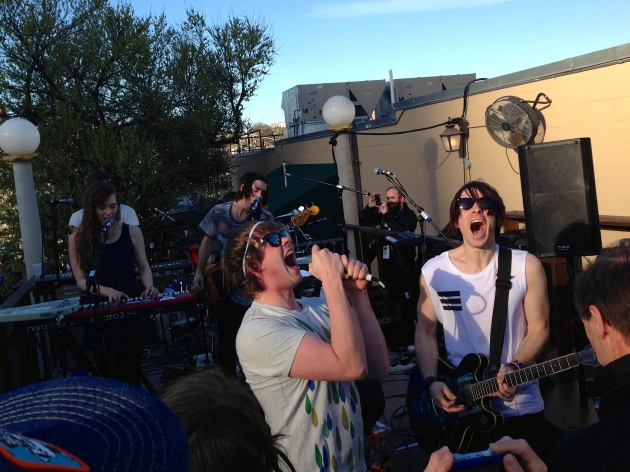 This quietly refreshing group from across the pond got my attention before SXSW but time was not on our side during the crazy-packed festival. However they played a sweet little set at The Sunset Tavern in Seattle a month later and on my birthday! Months later, I still haven’t put this lovely album to bed yet. Nor do I plan to anytime soon! 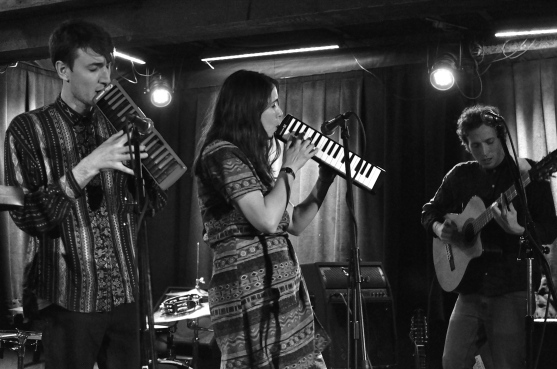 I can not stop listening to this new track from Pojke, a new project by Sindri Már Sigfússon. The sound has a way more pop elements than what I’m use to hearing from his band, Seabear, and solo work as Sin Fang. I like this. A lot.

My absolute favorite artist of 2010 keeps on delivering the goods ♥ 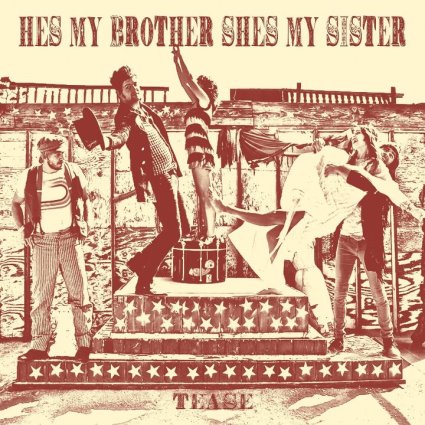 He’s My Brother, She’s My Sister was one of my choices for SXSW this year. Their performance was the first show I saw of the festival and well worth the trek ten blocks to Key Bar.

HMBSMS are heading out on tour starting May 1!! Some of the dates include opening for Edward Sharpe and the Magnetic Zeros. Unfortunately, there are no dates in the PNW, but I will keep my fingers crossed for the next tour. Go see this band, you won’t be sorry! Tour dates here! He’s My Brother, She’s My Sister could be the Grouplove of 2012, just sayin… 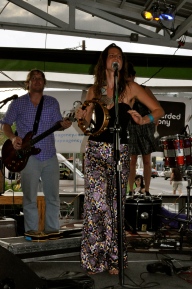 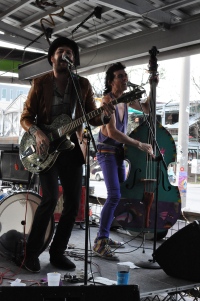 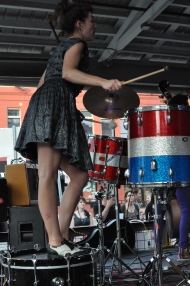 How’m I Gonna Get Back Home Tonight

Tales That I Tell

Clip I shot from SXSW 2012 …no, that’s not Zach Galifianakis 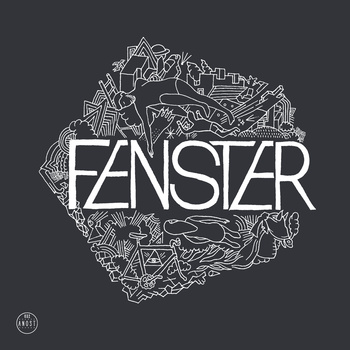 Fenster makes de-constructed pop music. Their lyrics are often carefully constructed dream narratives, finding inspiration in the world of ghosts, graveyards. trains, religious imagery, and broken machinery. In their music, they build songs around errors, blending melodic chords with broken beats or minimal percussion. Their instruments range from banjo to synth to inanimate objects, using slamming doors and city soundscapes. source
Fenster is signed to Morr Music, which is one of my favorite labels and they are one of my picks for SXSW 2012. Check back every Monday for a new band to check out at the next SXSW. 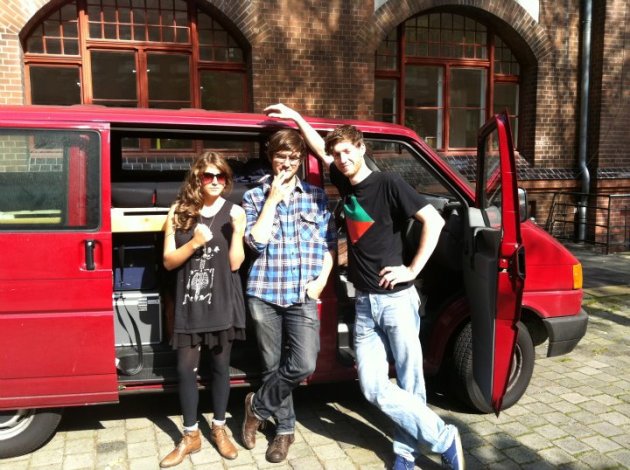 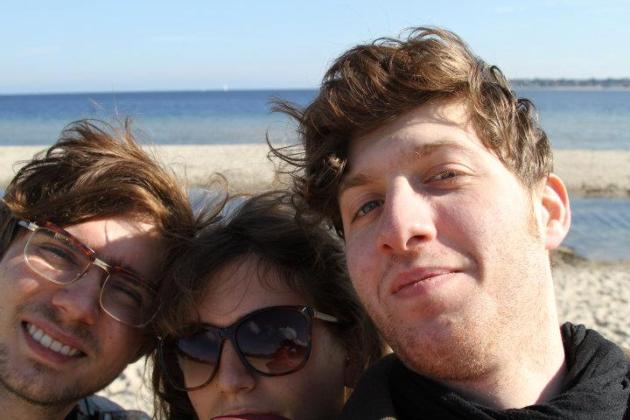 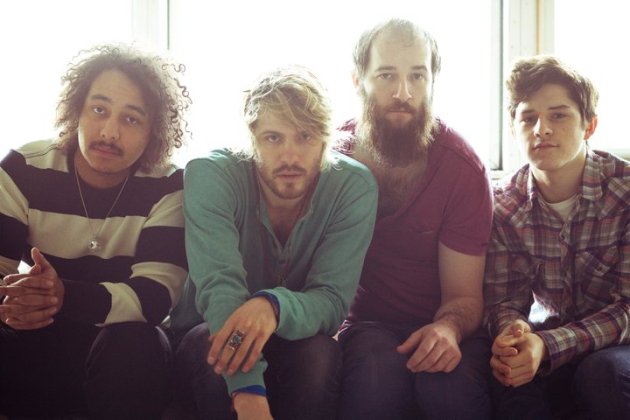 Often, the combination of two opposites makes for a harmony previously unknown, a sum greater than its parts. Motopony is the embodiment of this notion – a band built on a bedrock of contrasts and the gorgeous alchemy of seemingly conflicted sounds, and the feelings mapped over them. Guided by soulful machines Daniel Blue and Buddy Ross along with guitarist Brantley Cady and drummer Forrest Mauvais, there is a warm efficiency to the hard-soul/glitch-folk contained on the quartet’s self-titled debut. continued here..

Check back every monday for a new band to check out at SXSW 2012. 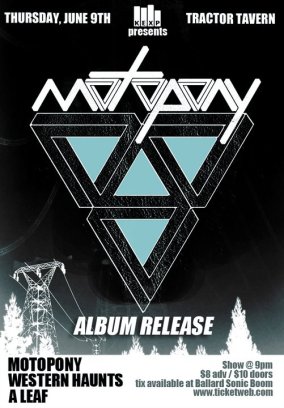 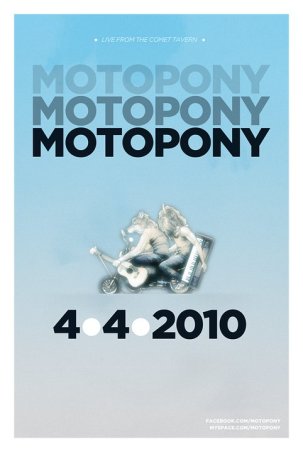 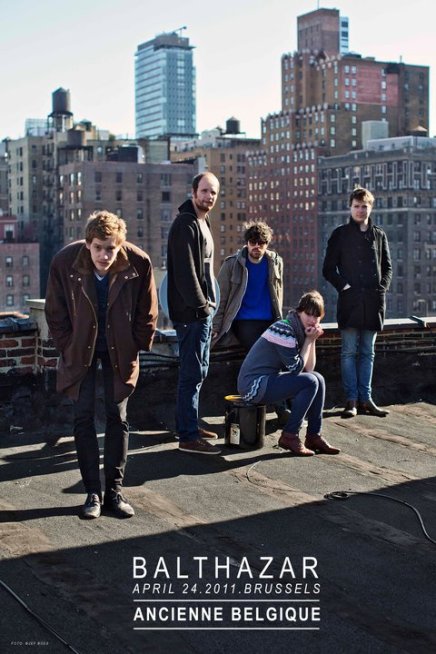 balthazar are an alternative pop band, with rock, electro and hiphop influences. they were formed in 2004 in kortrijk-belgium and anticipated their first album with gigs all over europe and a tour in south africa. their debut album “applause” was released march 2010, and both the album as well as their live performances were received with much critical acclaim. source
balthazar is one of my picks for sxsw 2012. check back every monday for a new band to check out at the next sxsw. 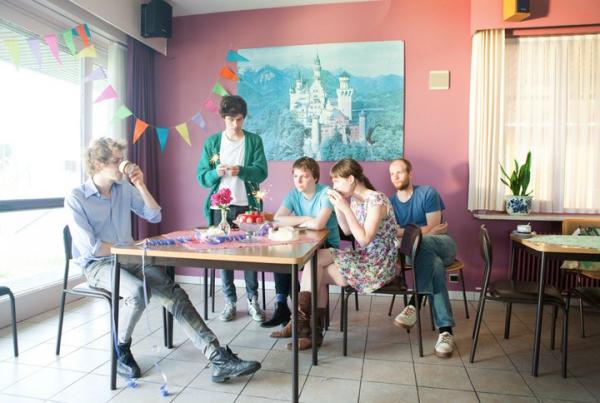 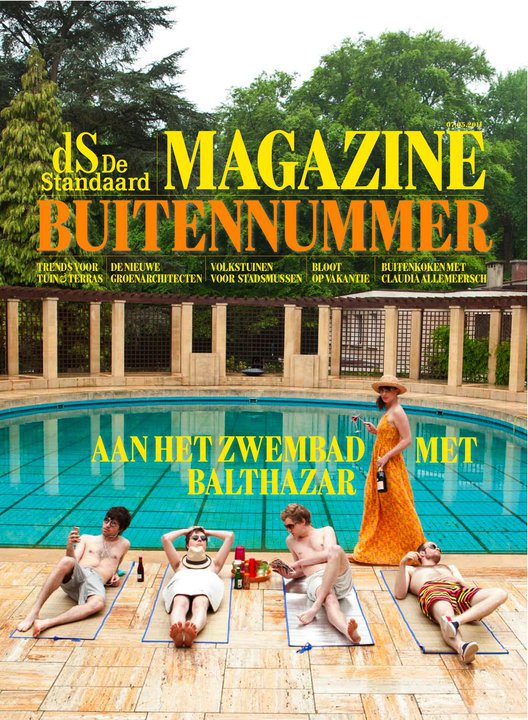 did you go to the css show at neptune last night seattleites?? i wanted to but just wasn’t feelin’ it. i didn’t even know there was a new album until yesterday. oops. i do love me some css and hope they are around on the music fest circuit next year. 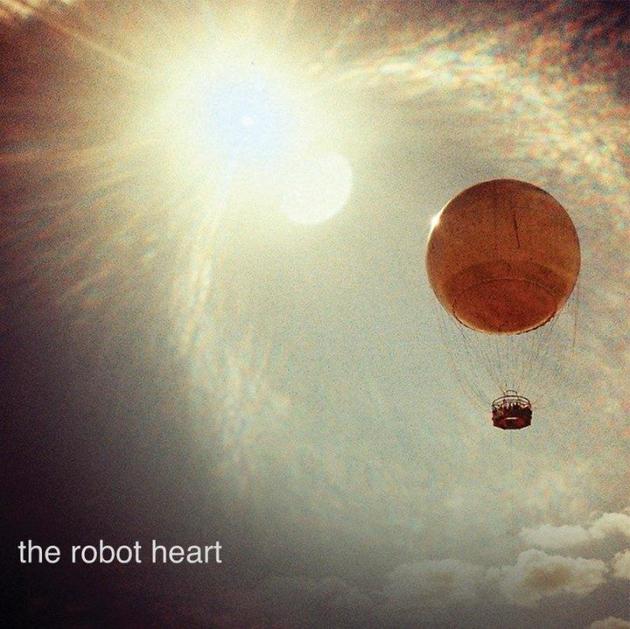 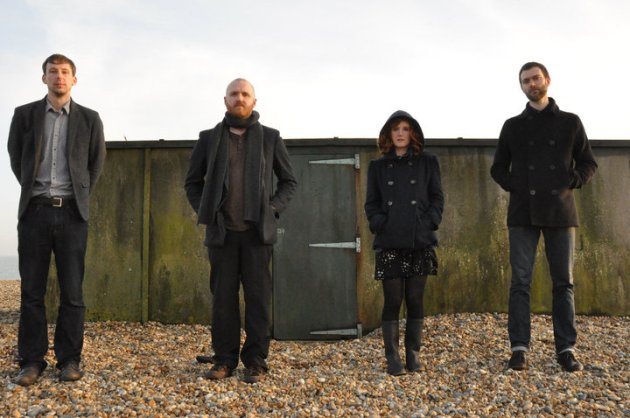 this video makes me want to visit brighton again. such a lovely seaside town!

pretty little song that reminds me of one of my fave bands, tunng. 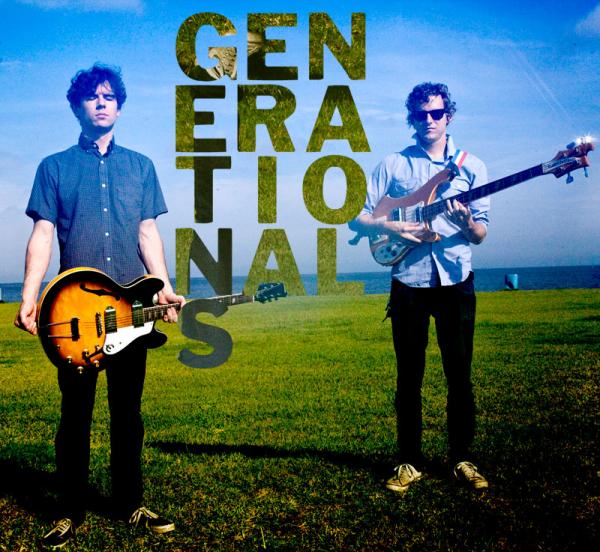 the two men behind the creation of generationals – ted joyner and grant widmer – don’t know what they’ve done. they couldn’t possibly have that sort of clairvoyance to perceive the effect that one of the songs they wrote has had on the few and will have on the many before the year is up. the song in question – “when they fight they fight” – is a hit recording the likes of which summers cream for, the likes of which makes everyone go a little woozy and a lot bananas. it’s the sunlight accentuated. it’s a pulsing, slow-drip of motown bass and slinky guitar, melded with plenty of sing-a-long moments and the most perfect set of pop lyrics about fighting and what seems to be unconditional love through the thicks and thins. but “con law,” the debut full-length from this new orleans-based band doesn’t stop there. it’s a record that’s solid from front to back, serving up songs that are meant for unburdened afternoons meant for strolling, crawfish boils, lengthy and enjoyable conversations with dear friends, never-ending hugs, watermelons being sliced into pieces as thick as four plates and no hint of a sunset. joyner and widmer were formerly of the band the eames era, which took its name from the furniture designed by charles and ray eames, known for its sleek and simply beautiful formations. they’ve expanded those principles and that simplicity into their current musical offerings, packing generationals songs with enough teeth and muscle so that they could never been heard as over-simplified, but giving them all the touch of effortless flight. source

i just love this song: trust 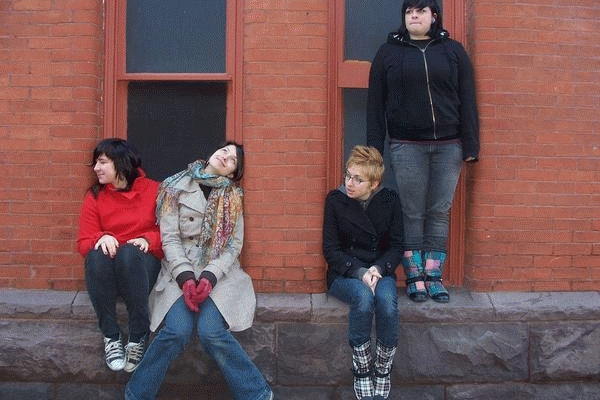 a hot minivan barreling down the highway, filled to the brim with siblings, sleeping bags, and travel checkers sets—this is the setting for a decades-old american tradition upheld by millions: arguing over the radio dial until consensus is happily found at that hallowed institution, the oldies station. thus begins the story of ortolan, four young women from southern new jersey with music-loving, art-teacher parents, devoted to each other in laughter, bickering, love, and play. sisters stephanie (17), brianna (19), lara (21), and sister-in-law jill (24) also happen to create music that is singularly winsome, disarming, and sincere, possessing the same kind of universal appeal of 1950s and ’60s rock and roll, with its earnest abandon and joy in simple and uncluttered gestures. ortolan’s sound is at once familiar and new, a sort of musical déjà vu—where listeners remember that which they are hearing for the first time.

riyl:  tilly and the wall, mates of state, boy least likely to 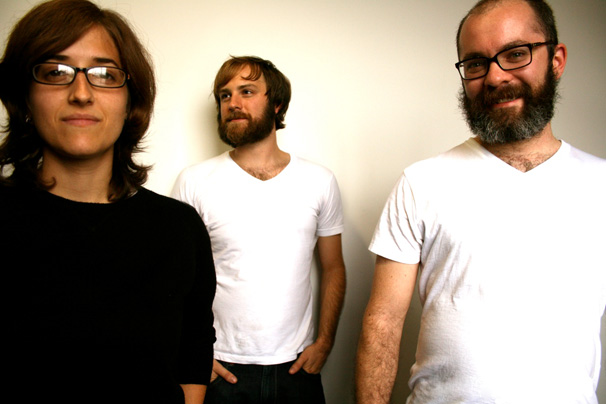 with a completely original sound and presentation, including banjo, accordion and toy keyboard beats, the seedy seeds create upbeat, melodic, danceable indie music that is equally at home alongside pop-punk, alt-country, and lo-fi. the concept for the band was born of a casual conversation in late 2005, in which mike and margaret hypothesized performing as a group with the instruments they owned but hadn’t yet learned to play. the seedy seeds began writing, performing, and recording music shortly thereafter. brian joined in 2008 following the release of count the days, on which he contributed supplemental percussion.

*photo & blurb courtesy of the seedy seeds website. listen to their music here.*