richard ayoade was in seattle last friday to talk about his debut directorial film feature, submarine. i voted 5 stars on my ballot, as did michael. the film is the perfect blend of comedy and sadness, very real with a bit of weird. ayoade’s humor shines through the perfectly chosen cast. every component of this film works well together from the cinematography to the soundtrack (by alex turner of the arctic monkeys). i absolutely loved this film!

we grabbed some seats up front for the q&a session. ayoade is very humble and seemingly shy but it didn’t keep him from cracking jokes as people were leaving the theater while he talked about directing music videos and the characters of his film.

check out this ifc interview with ayoade!

up: chatting it up with the siff lady.   down: hangin’ with some hipsters. 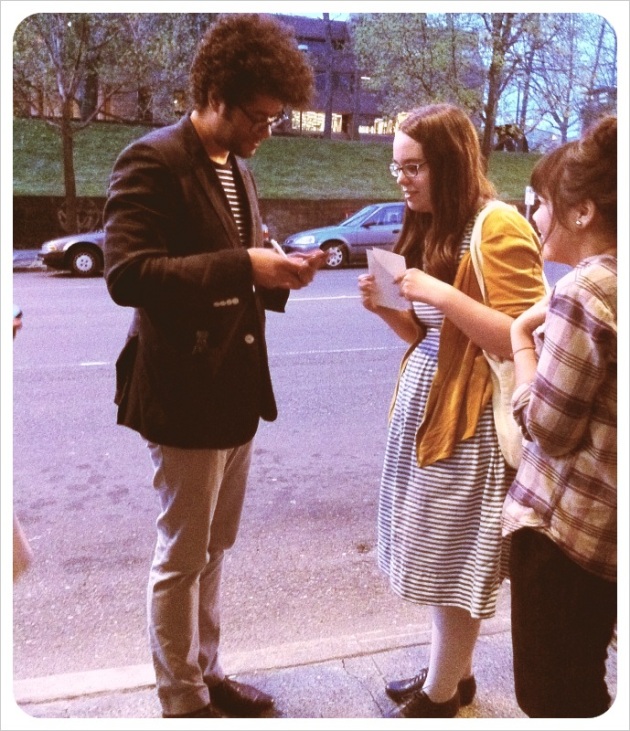 clip from it crowd